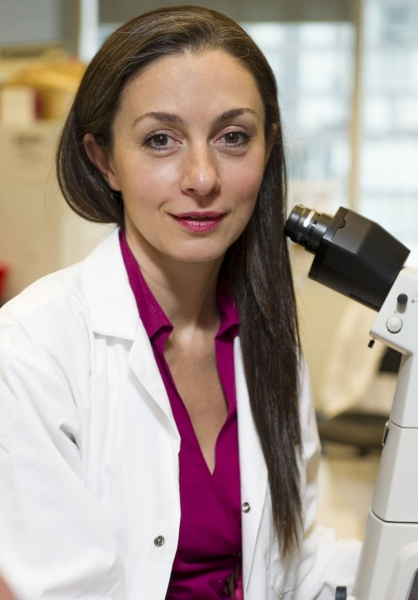 Dr Gelareh Zadeh is an Associate Professor at the Department of Surgery University of Toronto. She is a Neurosurgeon-Scientist at Toronto Western Hospital, University Health Network. She was most recently appointed as the Wilkins Family Chair in Brain Tumor Research.

Her clinical practice focuses on Skull Base Neuro-oncology, with dedicated general brain tumour clinic and many multidisciplinary clinics that she has established and is actively involved with such as skull base, pituitary, brain metastases, gamma knife and neurofibromatosis clinic. She is actively involved with and is dedicated to the goal of advancing surgical clinical trials.

Her research laboratory is focused on studying the molecular mechanisms of glioma angiogenesis and molecular regulators of tumour metabolism. Specifically investigating the role of bone marrow derived cells in supporting tumour vasculature in gliomas and how differentiation into macrophage and microglia population plays a role in escape mechanisms of evading anti-angiogenic therapy. A second focus of the laboratory, on tumour metabolism, explores the interplay between altered metabolism in response to anti-angiogenic therapy. She also has a translational program, dedicated to establishing the genomic landscape of menigniomas and schwannomas. Her laboratory is funded through peer-reviewed grants from a number of agencies such as CIHR, Terry Fox New Investigator grant, CCSRI, CRS, BrainChild and others.